It's Free and Easy!

Get Vistits From All the Partner Sites!

Spend less Time Marketing and more Time Earning Money simply by utilizing this Unique Traffic Program that allows you to Blast your Ads to literally Thousands of Members with a single Click of the Mouse! ..Guaranteed!

BlastMyAds is a one click submission service to partnering text ad exchange websites. We have partnered with multiple websites who have agreed to post your ads on their sites.

You are not required to be a member of any of the partner sites, which means less work and you won't receive any advertising in return.

Our hand selected partner sites are active and growing - this means tons of new people will see your ads over the course of the ad showing!

It really doesn't get any easier than this. Start raking in visitors and sales that quality traffic can bring! As a BlastMyAds member, you'll be able to tap into every partner site's source of traffic all in one place!

It's the simple way to promote your website quickly and easily!

With 181.74 average clicks and 173.27 average unique visits BlastMyAds stand above the crownd.
At our prices there is noting compared to BlastMyAds.

We offer five different Ad Types that you can send out with the click of one button. Inside the member area you will be able to post the following ad types for submission:

BlastMyAds offers detailed stats to Free and Upgraded members;
Inside the password protected area you will see:


Gold members get even more stats on solo ads. They will be able to see the unique visits received on each solo ad, the site where the ad is getting more visitor from and a graph with the daily visits received on that particular solo ad.

By joining and using BlastMyAds you will not receive any advertising in return, you have no clicking or viewing of ads to perform, and no need to earn points.

Tell your friends and colleagues about us, and we will give you cash commissions for each one you refer that makes a purchase!
Earn up to a whopping 50% commission on every purchase by a member you send our way!

Please refer to the table below to learn more.

BlastMyAds is a one click submission service to partnering text ad exchange websites. We have partnered with multiple websites who have agreed to post your ads on their sites.

Plus, we had new partner sites regularly to bring you even more traffic sources.

No need to join any site!

BlastMyAds Is NOT An Ad Exchange

You are not required to be a member of any of the partner sites, which means less work and you won't receive any advertising in return.

Tired of joining multiple text ad exchanges, logging into each site to post your ads? Then you most definitely need to use You’ll always get the latest and greatest traffic sources all in one place!

We have 24 EXCLUSIVE FREE PromoCodes for YOU.

You can stay with us as a free member and buy ads at your needs or upgrade your membership and get monthly ad-packages automatically added to your BlastMyAds account on a monthly basis.
Plus - Tell Your Friends About Us And We'll Pay You Cold Hard Cash!

Becoming a Partner
or a Friend Admin

We offer 2 JV Levels to choose from; Admins may choose to participate in BlastMyAds as a Friend Admin or Partner admin. As Friend Admin, You can offer a special promo code to our members that will join your site going through the normal registration process in order to get the free advertising that you will want to offer them.

Partner Admins have many Benefits

BlastMyAds is a one click submission service to partnering text ad exchange websites. We have partnered with multiple websites who have agreed to post your ads on their sites. You are not required to be a member of any of the partner sites, which means less work and you won't receive any advertising in return.

How do I Earn Money?

You can earn Money by promoting your personal URLs that you find on the Affiliate Toolbox page. Please check the above table to see how much percentage is given to each membership type.

Do you offer Free Ads?

Yes and no. You will need to perform tasks to earn either a Solo ad or a Banner ad. These Ads are very valuable as they will go to all the members of our Partner Sites so, they are not really free...You need to earn them. 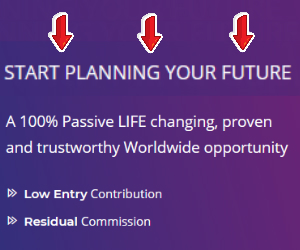